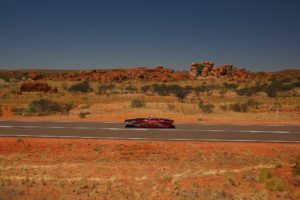 The Firstpoint team are in Darwin and Adelaide this week managing the media for the Bridgestone World Solar Challenge. Here are some photos of the TV, radio, online and photo journalists from around the world covering the event. We are providing daily video feeds from the Outback across Australia and around the world together with two media releases a day to accompany the images.

A glimpse at the coverage in the Netherlands from NOS – Solar Challenge: De Afslag https://t.co/r71bb6Dhfc via @NOS #BWSC17 pic.twitter.com/JsJwE7OcsJ

A storm could be on the way but early next week the sun should be out – @timnoonan7 has the 7-day weather forecast from @worldsolarchlg. pic.twitter.com/BQukoLpChK

There are updates live from the Stuart Highway on Channel 7 and ABC TV with ABC Radio stations in Darwin, Adelaide and Alice Springs also covering the event.

Meanwhile NOS in the Netherlands and NHK Japan are editing daily highlights for their evening news programmes. And we’ve coordinated live interviews from the middle of the Outback on BBC World TV and BBC World Service radio.

See what is happening on social media via the hashtag #BWSC17 and follow the progress of the cars here www.worldsolarchallenge.org/dashboard/map