How social media use has changed in 10 years 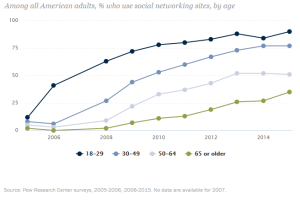 Nearly two-thirds of American adults now use social networking sites, up from 7% in 2005.

This and other interesting data can be found in the latest Pew Research report.

Among other things we find that:

68% of all women use social media, compared with 62% of all men. This confirms recent trends bringing men up to par with women who used to be more likely to use social media. 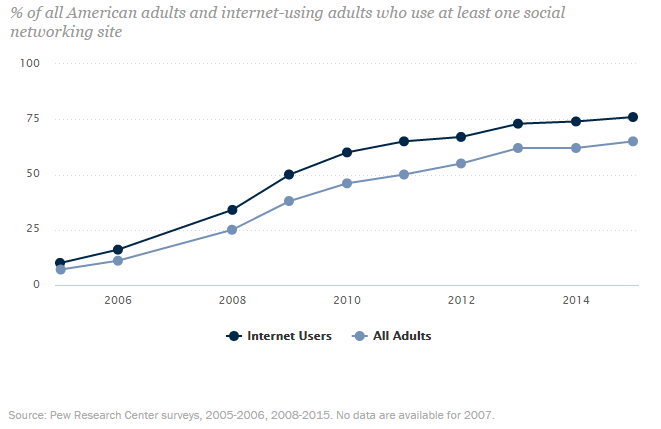 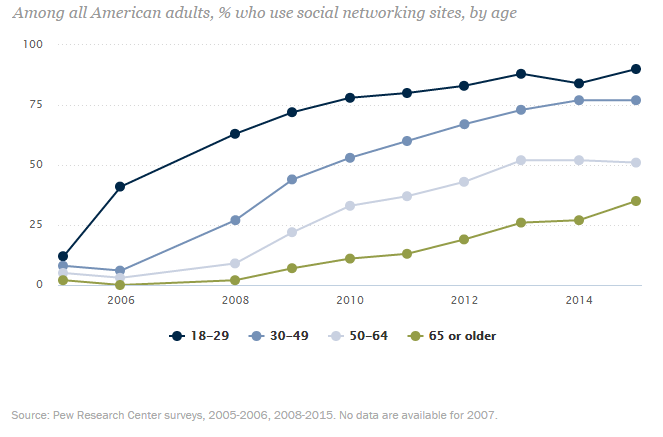