You’re the CEO, shouldn’t you be on social media too? 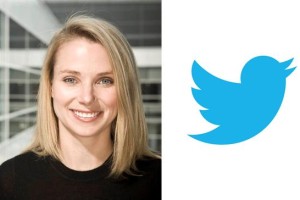 Most senior executives understand that social media is now an essential part of any company’s communications and public relations strategy. They see the need for brands to be part of online conversations and they see the advantages that it can bring. Those operating in sectors closely linked to the consumer market or in the media are of course well ahead of the game. Companies in sectors not so regularly in the spotlight are less convinced.

But, when it comes to putting their “personal brand” and reputation out there, CEOs are less enthusiastic. There are of course examples of visible “Social CEOs” such as @richardbranson who personifies the Virgin brand he created, @elonmusk at Tesla and @marissamayer at Yahoo!. But these three are, above all, themselves. Their tweets are not simply linked to the company they head, they are also clearly being open, expressing their own views and establishing their own persona.

There are many, many reasons for other CEOs to be encouraged to do the same, others should perhaps hold off a bit longer. Let’s see if you fit the bill.

Why a CEO should be on social media

This is just as true within their own company, in their industry or in the wider world. People like to think they can interact with the person at the top, or at least see others doing it. It enhances the CEO’s image as a good communicator, being open, being innovative and inspiring others.

Fellow executives and employees are happy to see their CEO as an active player in the digital age. Social media has gone far beyond the status of gimmick, it is now understood to be serious business that can bring concrete results. Staff don’t want to see their company left behind because the CEO is not using the same tools as everyone else.

Comments or hearsay can be dealt with without the need for complicated and “official” press releases or press conferences. Twitter and other social media have not yet replaced the PR machine, but there are occasions when they can be used to quell a rumour before it becomes a crisis. A pre-established Twitter feed is a social channel primed to react to events when required.

Twitter is an excellent channel to show expertise and leadership. CEOs are generally good at this, otherwise they would not be in the position they are. But that leadership can sometimes be hidden and limited to a restricted group of people. Opening it up to a wider audience is a great opportunity.

As long as the two are coordinated.

How do you do it?

Most CEOs are good at networking, at working a room or interacting with employees face-to-face. They need to understand how to do the same on social media. Giving some positive feedback here, suggesting a new idea there, recognizing the contribution of a team member to a project; that’s what being social is all about.

To be truly effective, there should be a combination of:

But, before starting, it is important to define a clear strategy. Launching your “personal brand” is not as simple as it might appear to be.

You’ll need to sit down and answer a few questions:

The answers to these and many other questions will depend on the scale of the company you head up. A leader of a worldwide company with tens of thousands of staff will not take the same position as that of a small or medium sized business. An individual entrepreneur will need to take another approach again.

The keys to being a successful Social CEO

A social CEO has to be enthusiastic and must fully participate. That does not mean that they need to tweet all the time, unless they want to and can do so. Whatever the frequency of the tweets, the CEO must be engaged and must write their own personal tweets, in part or in full. Without this personal commitment, the tweets will appear to be artificial, as they will be.

To finish, here is a check-list of the “perfect” Social CEO:

There is a lot more to add, particularly about LinkedIn and blogging, but that is for another time.

So, do you think you are ready to dive in?

Are you a CEO? Do you think social media could be for you?

Do you advise senior executives? Would your CEO benefit from being social? Or would you recommend keeping social media for business strictly a corporate function managed by PR professionals?

This article is also published on LinkedIn Pulse https://www.linkedin.com/pulse/youre-ceo-shouldnt-you-social-media-too-robin-young