What brands can tell us about the French and the Brits 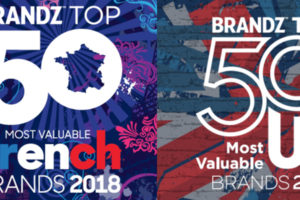 I’ve been poring over marketing and brand reports for years. As a long-term resident of Paris, I know both France and the UK very well. Some latest brand reports* that look in detail at the two countries intrigued me.

I want to share with you some of the key findings which provide insight as much into the culture of the two countries as they do into marketing and branding.

France and UK – so close and yet so different

Through this brand intelligence we can see how very different the two countries are. Their geographical proximity continues to trick us into thinking that they are alike. Of course, there are many similarities, but I am constantly amazed at how surprised and confused the people from the two countries can be when dealing with each other.

The analyses provide a singular view of how the two countries are currently faring. Their historic rivalry is well-known and has only intensified in the past year as Paris vies to attract London-based businesses as part of the fallout from Brexit.

The UK is in turmoil while France is bouncing back. After several gloomy years, the election of President Emmanuel Macron has given the country a boost.

WWP’s definition of the brand image of the two countries highlights the key attributes, and ranks France and UK in a list of 80 countries around the world.

The UK apparently does not have such a distinct identity as France. It does not appear in the top 3 of any particular attribute – it is ranked 4th as “Entrepreneurial” and 4th as “Powerful”.

France is number 1 “Trendy” country, ranked 2nd as “Connected to the rest of the world” and “Fashionable”. It is also 3rd “Prestigious” and with a “well-developed infrastructure”.

When we simplify this into overall perceptions and the “Best” country in terms of positive national brand image the UK is 3rd in the world and France 9th.

Given the changes in the UK’s ranking in the past year, it will be interesting to see the changes a year from now.

In terms of global image other indicators appear now to be turning in France’s favour after a prolonged positive period for the UK.

How the major French and UK brands reflect their people, history and culture

Let’s now turn to the image of the major company brands from each country and see how their relative positions can guide us in understanding the people and the country, and vice-versa.

The dominance of luxury brands in France

It is not surprising to see that luxury brands are so important to France, but their dominance of the French rankings is acute. Meanwhile the image of the UK (London) as a centre of big business is reinforced when we look at the list of major industrial and financial companies heading the list.

Key finding: There are no chocolate or confectionary brands in the Top 50 in France. In the UK, Cadbury’s is 17th and KitKat in 42nd position.

Both these confectionary brands produce high-volume products and grew off the back of high volume consumption on the home market. This is one sign of the UK’s relationship with snacks rather than food.

Meanwhile, France remains very protective of the concept of quality food in general. Quality chocolate is just one example.

It should be noted that France was one of the EU countries that insisted on classifying Cadbury’s Dairy Milk as “Family Milk Chocolate” – the word family being added to differentiate it from “real” chocolate with a minimum percentage of cocoa and milk solids. The UK and Ireland have special dispensation to remove the word “family”. I wonder, will this EU Directive (2) be transferred into UK law as part of the Great Brexit Repeal Bill?

Another snack product, potato crisps, has an average UK consumption per week, per person of four bags – a staggering 240 million bags a week. Although crisps have not grown into major international brands in the same way as Cadbury’s (now owned by a American company), they are of great significance in terms of UK eating habits. Next time you are in the UK take a look at the size of crisps section of the local supermarket.

Key finding: There are no yoghurt brands in the UK Top 50. France has two: Activia at 18th and Actimel in 50th. place.

Next time you are in a supermarket in France have a look at the size of the yoghurt section. Yoghurt, like cheese, is an essential part of the French daily diet.

Key finding: The UK ranking has no alcohol or soft drinks other than Lipton at 8th and Johnnie Walker at 28th.

France has nine drink brands in their Top 50: three mineral waters, Ricard and the other five are luxury Cognacs or Champagne.

This is another reflection of the French gastronomic, qualitative view of food and drink. Alcohol consumption rates in the two countries are quite similar in terms of quantities consumed. There is however a plethora of statistics and opinion pieces extolling the virtues of the more reasonable approach to drinking in France. The inclination towards luxury products in France no doubt influences these results as well.

Key finding: France has no highly-valued entertainment companies while the UK has BBC and ITV, ranked at 24 and 25.

France has a strong and world-renowned film industry which it continues to strenuously support. But it of course TV and other online video platforms that dominate the home entertainment scene. The UK has a history of producing good quality TV programmes and this continues despite the growing dominance of US players.

Interestingly, the reports tell us that the French watch more TV per day than a UK audience, while UK residents consumed more online. This is no doubt a reflection of increased popularity of TV content watched online and the considerable success of the BBC iPlayer.

Print media is twice as popular in France

Radio is 50% more popular in France

TV has a higher consumption rate in France (+6%)

Key finding: The UK car sector is significantly more important than the French sector with a value of $9.4 billion and $6.1 billion respectively.

With no major UK-owned car companies still in operation these figures are initially curious – the UK brands originated from Britain and remain British. Land Rover (with a model range of just three cars, including Range Rover) is worth as much as Renault and Peugeot combined. Mini (a single-product brand) has a value twice that of Peugeot as a whole. The French companies have complete ranges covering nearly all sub-sectors yet generate lower brand value.

Part of the explanation is of course that the UK car brands have a high-end positioning. French car brands on the other hand have never been able to break into even the lower echelons of the luxury car sectors, including on their home market. Domestic car manufacturers still have a market share in excess of 50% in France, but French people do not see Renault, Peugeot and Citroën as prestige car brands.

British brands now sit almost exclusively in the luxury sectors of the car market. And the UK car brands are also increasingly successful in expanding markets outside Europe.

So it is here, in the car sector, that we find the UK luxury brands. I wonder what a similar study would have delivered in terms of results about 20 years ago when the UK brands were still UK-owned. German and Indian ownership and management expertise really has been the saviour of the UK car industry.

So that’s my take on these reports. Have a look yourself via the links below and tell me what you think.

* WPP and Kantar-Millward Brown have published country-specify reports for UK and France for the first time. They are part of their very detailed and insightful Most Valuable Brands reports. http://www.wpp.com/wpp/marketing/brandz/

In a spirit of impartiality you should know that a similar series of annual reports is produced by Interbrand, part of Omnicom. http://interbrand.com/best-brands/

(1) Note re methodology: The value of each brand in the report is a combination of financial value and “brand contribution” as calculated by WPP. *

(2) Directive 2000/36/EC of the European Parliament and of the Council of 23 June 2000 relating to cocoa and chocolate products intended for human consumption. Annex 1 (d) reads “The United Kingdom and Ireland may authorise the use in their territory of the name “milk chocolate” to designate the product referred to in point 5, on condition that the term is accompanied in both cases by an indication of the amount of dry milk solids laid down for each of the two products, in the form “milk solids: … % minimum”.

(3) France and UK have similar sized populations, a similar age profile, similar levels of education and GDP per capita.

The author: Born and bred in London, I have been living and working in Paris for 30 years in marketing and communication roles across a variety of sectors interacting with British, French and many other nationalities. I am intrigued by the business relationships and the differences between the French and the British. I have no link with WPP. I do however encourage you to visit their website to find out more about these fascinating reports and see what else you can discover. Robin Young.