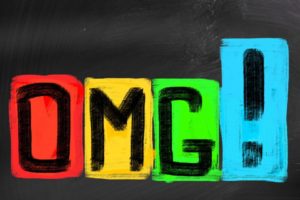 In a room full of non-native speakers, ‘there isn’t any chance of understanding’. It might be their language, but the message is often lost.

Here are some extracts from a great article on a topic close to our hearts, from BBC Capital.

When such misunderstandings happen, it’s usually the native speakers who are to blame. Ironically, they are worse at delivering their message than people who speak English as a second or third language, according to Chong.

“A lot of native speakers are happy that English has become the world’s global language. They feel they don’t have to spend time learning another language,” says Chong. “But… often you have a boardroom full of people from different countries communicating in English and all understanding each other and then suddenly the American or Brit walks into the room and nobody can understand them.”

The non-native speakers, it turns out, speak more purposefully and carefully, typical of someone speaking a second or third language. Anglophones, on the other hand, often talk too fast for others to follow, and use jokes, slang and references specific to their own culture, says Chong. In emails, they use baffling abbreviations such as ‘OOO’, instead of simply saying that they will be out of the office.

“Native speakers are at a disadvantage when you are in a lingua franca situation,” where English is being used as a common denominator, says Jennifer Jenkins, professor of global Englishes at the UK’s University of Southampton. “It’s the native English speakers that are having difficulty understanding and making themselves understood.”

Dale Coulter, head of English at language course provider TLC International House in Baden, Switzerland, agrees: “English speakers with no other language often have a lack of awareness of how to speak English internationally.”

When simpler is better

“Too many non-Anglophones, especially the Asians and the French, are too concerned about not ‘losing face’ — and nod approvingly while not getting the message at all,” he says.

You need to be short, clear and direct and you need to simplify – Rob Steggles

As an Englishman who’s worked hard to learn French, Rob Steggles, senior marketing director for Europe at telecommunications giant NTT Communications, has advice for Anglophones. Based in Paris, Steggles says, “you need to be short, clear and direct and you need to simplify. But there’s a fine line between doing that and being patronising.”

He recommends making the same point in a couple of different ways and asking for some acknowledgement, reaction or action.

“If there’s no participation,” Steggles cautions, “you don’t know whether you’ve been understood or not.”