How not to communicate internationally 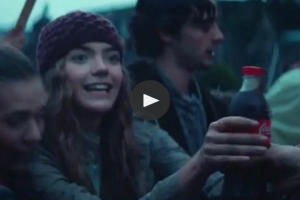 When you are communicating internationally you need to think things through. And it is not just about language, it is about culture at every level.

Coca-Cola appear to have really lost the plot in their #AbreTuCorazon campaign forgetting to take into account a variety of factors including aspects of cultural and commercial colonialism. It all looks so obviously wrong. How did this get onto their YouTube channel before they realized their mistakes?

Never forget the importance of getting the opinion of the local team, corporate head office often loses sight of the most obvious.

See here for more on this topic https://www.linkedin.com/pulse/coke-forgets-test-its-marketing-strategy-robin-young

Here is an extract from an article from The Guardian. You can read the full original article here www.theguardian.com/world/2015/dec/02/coca-cola-under-fire-over-ad-showing-coke-handout-to-indigenous-people

Campaign groups call for ban on promotional video, saying it attacks the dignity of native communities that have serious health and obesity problems

Consumer rights and health groups are calling on the Mexican government to ban a new Coca-Cola ad depicting young white people handing out Coke as a service project at an indigenous community in southern Oaxaca state.

The ad has been criticised for its depiction of light-skinned, model-like young people joyously constructing a Coca-Cola tree in town and hauling in coolers of Coke.

Mexico has skyrocketing rates of obesity and diabetes, especially among indigenous people.

“It’s outrageous for the indigenous,” said Diana Turner, a spokeswoman for Consumer Power, one of the groups in the alliance.

In the commercial, the company says the campaign is meant to encourage people to “break down prejudice and share”.

The commercial on YouTube and its hashtag #AbreTuCorazon (open your heart) have drawn a slew of critical comments.